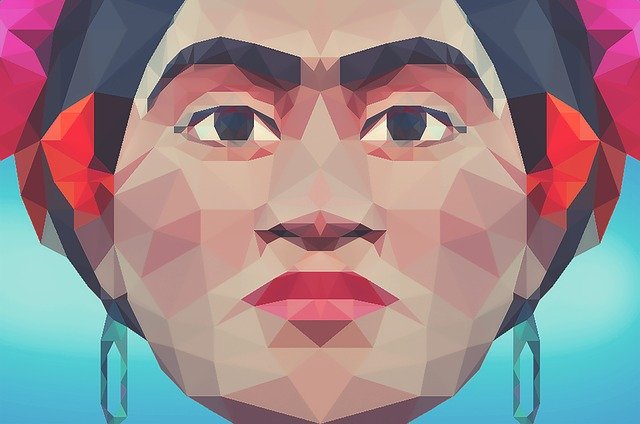 The Mexican painter Magdalena Carmen Frieda Kahlo y Calderón, called Frida Kahlo, born on 06.07.1907, is known for her work inspired by Mexican and Indian culture. She is best known for her self-portraits.

The most important events in the life of the painter

Frida had three sisters and two locals from her father’s first relationship. In 1910, when she was three years old, Frida witnessed the Mexican Revolution, which had a great influence on the artist’s later perception of the world. Three years later Frida fell ill with polio, which contributed to the painter’s motor disability.

The young Frida loved sports and trained in boxing. In a school with only 35 girls, she managed to arouse the interest of the school community, and Alejandro Gómez Arias, the institution’s most popular student, even enchanted. This intimacy was further enhanced by the later creation of his portrait. During her studies, Frida witnessed many drastic street events related to the Mexican Revolution. 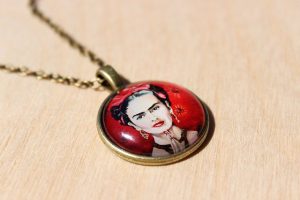 In 1925 the painter was involved in a traffic accident and suffered many injuries: a broken spine, many bones, pelvis and womb. Because of this incident Frida never became a mother, although she was pregnant three times.

For the rest of her life she tried to achieve a fairly normal level of fitness through rehabilitation. Because of the accident Frida practically stopped walking. She underwent surgical treatment, and according to reports, there were 35 operations. Unfortunately, she had pain and post-traumatic symptoms all her life.

In 1954, the painter had to have her right leg amputated, while she predicted her near end, which she showed with her diary entries.

After the accident, the artist was immobile for several months and spent that time at home. During this time she became interested in painting. She mainly created self-portraits, she said that the object she painted she knew best. Her mother helped her to develop her new passion by organising easels for painting in bed, and her father, who was interested in photography and painting, lent her brushes and paints.

Frida’s self-portraits can shock you with a realistic picture of suffering, pain and ascetic life. The painter also painted folk paintings, but she always tried to convey her emotions and emphasize them, she did not leave much room for the interpretations of the recipient.

At the end of Frida’s life she painted still lifes, in her paintings a black panther appeared, some claim that it symbolises death, and a monkey. Frida’s painting, as it often happens among artists, was noticed after her death. 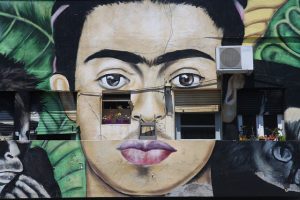 Frida Kahlo’s painting has become famous through many works, but it is probably best known for the painting „Henry Ford Hospital”, which was painted after the miscarriage. The artist tried to reflect her helplessness and loneliness, her pain and suffering in it. The painting is sad and depressing.

Another well-known work by the artist is a painting from 1939 entitled „Two Fridays”. These are two self-portraits. On one of them the artist painted herself as a self-confident and beautiful woman, on the other as a frightened and helpless person in the face of war.